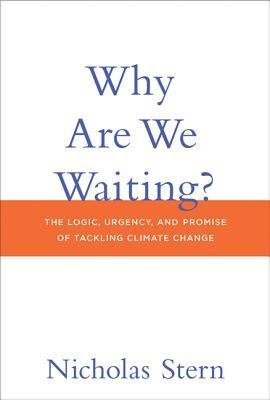 A compelling book about the climate change issue giving a rational view of current available technologies, and how they would provide a solution in the current scenario. We are clearly living with an ever escalating risk, and there is an absolute need to curtail that. Greenhouse gas (GHG) concentrations have increased from 285 ppm CO2e in mid 1800s to approximately 445 ppm today, this accounts for six GHGs, viz. CO2, CH4, N2O, HFCs, PFCs, and SF6. The current rate of addition per year has reached about 3 ppm from .5 ppm during 1930-1950, leading to average warming across the earth’s surface of about0.8 degrees Celsius. With this rate we will reach around 750 ppm at the end of century along with an average increase of 4 degrees and with a sea level increase of 70 meters. With this track the changes in the ecology are unimaginable and beyond the predictions of any scientific or economic model. According to IPCC if we reach a level of 550 ppm by the end of century – a very likely situation, and based upon above calculations still a heavy under prediction, then the chances of keeping the global temperatures below 2degrees C (All the references are to the preindustrial levels: 1850-1900) are less than 50%. We will be living with a 50-50 chance, with all the efforts that we will put in to keep the CO2e level way beyond the actual track to reach 760 ppm, we are still left with 50% chance to achieve that! The odds at stake are immense. Now, in order to keep this survival chance of 50% alive, the global CO2e GHG emissions should reduce from current level of 50 billion tonnes to way below 20 billion tonnes by 2050. The developed countries account for around 16-19 tonnes and are likely to continue on that path, the developing countries will be adding another 5-6 billion tonnes per year during the next decade or more. With these estimates the chances to keep the 50% chance alive seem bleak…

The planet has not seen 400 ppm of CO2 levels for atleast 800,000 years, various models to predict carry their own uncertainties with them, we are already eyeing for a 50% chance only, and the risk indeed is colossal. We need to bring substantial changes, massive innovation; there is a need for stricter norms and even stricter institutional setup to impose GHG cuts. International collaboration is must. Sustainable development can only become a reality if we are ready to work together; there are political, technological, psychological, sociological as well as ethical factors to be taken into consideration. The threat is not concentrated in a part of the world, the CO2 level increase is not caged into human-defined-boundaries. It is a global phenomenon and needs a global effort. Developing countries have full right to bring development to their countries, to alleviate its population from poverty, to bring energy and basic needs to every door step, but at what cost? The cost has to be shared by the developed countries; no one can turn a blind eye to emissions happening in one part of the world and be satisfied with their own efforts to reduce it.

I am working in nuclear industry and mandate of my organization does not allow me to promote nuclear energy, we work to help member states to install nuclear power only after their national policies include nuclear as a part of their energy mix. I am a firm believer of nuclear energy and understand the nuances of the technology as well; it is one of the most carbon free technologies available on the planet capable of producing energy at massive scale. Countries like India and China have already taken a bug leap to introduce nuclear as a part of their energy mix, which is very well appreciated effort looking at the current global emission scenarios. It not only shows their will to bring their nations out of poverty but also to take care of the path they tread upon. I am not against any renewable source of energy, but my concern is that the level of energy needed cannot be matched without taking nuclear into consideration. With the advent of generation 3+ and generation 4 technologies of nuclear reactors, we are going towards a path of even more safe, secure and sustainable source of energy, with an arguable case of renewability as well…

The book useful for anyone looking for holistic view of climate change phenomenon, it will give a good idea about various aspects involved, lots of facts to absorb, good references and debate worth reading.