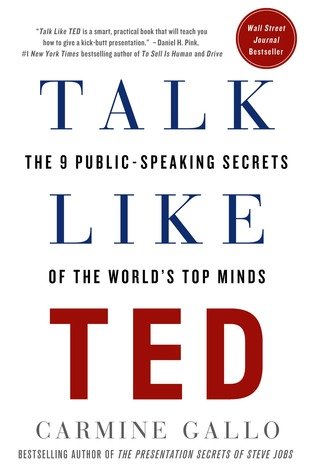 The book has some insights but nothing of sorts of revelations. The "secrets" are well described, however if you are not ignorant you must have observed them on your own. Good thing the book does is – it summarized all the tips you should remember while making and delivering a presentation. The book is divided into three major themes, and then subdivided into three parts each reflecting attempts you could make to achieve those themes. Emotional, Novel and Memorable – as simple as it could get and yet we miss out to capture these in our presentations.

To connect to the emotions of your audience, you should be passionate about your subject to be delivered, use stories to bind the audience and deliver your speech like a conversation. For me, emotional connect is a must and until and unless you are passionate about your subject there won’t be any impending inner emotion ready to be shared with your audience. There is always a child within us ready to listen to a story, stories are inspiring, use your life’s incident or someone else’s life to tell a story that could bind your audience, a compelling story is a delicate string that attaches your words to the heart, if delivered perfectly it would be forever etched into the minds. Having a conversation with the audience doesn’t necessarily mean engaging them with your activities or requiring them to answer your questions, it involves engaging the public as if you are having a tête-à-tête and each one of them is personally involved. A speech that never leaves the audience floundering will always be engaging and rewarding.

A unique, novel or innovative speech that is ready to provide some new information is always welcomed. Bring out facts and figures in such a manner that no one has ever imagined. The facts could be as simple as a thing that we usually encounter everyday but are never presented in a manner that we ever imagined, this leaves a jaw-dropping moment in the audience and they appreciate the efforts and research speaker has put in to prepare something for them. A brief stint of humor has always found special place in all historic speeches, it helps in lightening up the moment.

The book also emphasized on keeping a balance between a too short speech which leaves audience with unclear ideas and too long speech that takes them to a stretch of boredom. 18 mins is what one should target, as required in all the TED speeches, keeping a balanced flow of words per minute and the content delivered. It’s always better to illustrate your ideas with words and pictures than only with words. And in today’s technological era there are numerous visual aids to carry along with your speech. But, too many visual could also take away the power of words; believe more in your words and its power to influence people and use visuals only as an aid. Do not depend upon it. Stay true and original, that is what the book recommends, but originality is sometimes over rated, I would rather suggest being as original as possible and appreciable. There is no need to go beyond and reveal unnecessary secrets which you could do without.

Starting from Title of the book – ‘Talk like TED (three words)’ to its parts (three parts), to its subparts (three subparts to each part), the book followed the rule of three religiously. Probably author took his words too seriously and ended up on a phony side while telling repetitively in the book to avoid it. Carmine Gallo wrote the book exactly as he has mentioned in his book a speech should be, probably he should have understood the difference between a book and a speech. The more I analyze the book, the more fake it seems to me. I have never been a fan of self-help books, just because of the way they are written – a way which clearly marks their superiority over other human beings. This one is no different. Avoid spending much time on it – though it won’t take much time in itself. But, it could give you links to top watched TED talks and their analysis based on his 9 ‘secrets’.