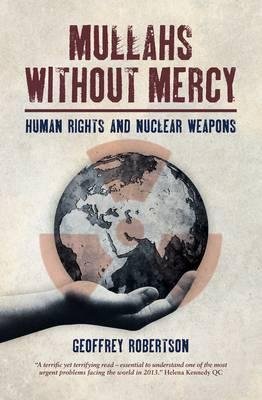 It started with Baruch Plan proposed on 15th June 1946; Bernard Baruch, adviser to US president Truman at that time proposed the formation of United Nations atomic energy commission (UNAEC) – UNAEC survived from 1946 to 1952 (inactive since 1949), with Dr H.V. Evatt as the first chariman. The plan demanded international control and inspection of nuclear facilities – with a condition that US won’t disarm them until the proposal is in working condition – obvious result, rejected by the then Soviet Union. Then came the historic “Atoms for Peace” speech by President Eisnehower – 8 December 1953 followed by his “The chance of Peace” – April 1953. By that time Soviet already did their first test in 1949 (partly because the Baruch Plan failed), United Kingdom in 1952 and thus began the race. This led to the establishment of IAEA in 1956 as a nuclear watchdog and helping in peaceful use of atomic energy. France did the first test in 1960 (probably the defeat of Indochina war provided impetus after getting no support from US to drop nuclear bomb on Vietnam) and China in 1964 – making a total of five nuclear weapon states, the BIG 5, to conduct nuclear test before NPT came into existence.

Mutually Assured Destruction (MAD) cannot prove to be deterrence to nuclear war, what we definitely need is a world without nuclear weapons. Nuclear non-proliferation treaty came into existence in 1968 after the Partial Test Ban Treaty (PTBT) in 1963, the comprehensive nuclear-test ban treaty (CTBT) was adopted 30 years later in 1996. Things are moving, but slowly. There is a hope but a danger of having another Hiroshima before we understand that the world has to get rid of all its nuclear weapons.

18 May 1974, India did their first test, “Smiling Buddha”; 28 May 1998, Pakistan; 9 October 2006, North Korea and Israel maintaining a policy of non-disclosure – A total of 9 states with weapons of mass destruction and an unknown number of states thriving on the network of A Q Khan. A Q Khan took the centrifuge’s blueprints from URENCO and helped Pakistan build their own enrichment process. Later, established own network to help other nations for monetary gains. This was revealed by General Gaddafi when Libya almost reached the final stages of nuclear weapons development. No one knows how many states are supported by him – North Korea? Is Ghauri-I same as Nondong-I?

The dynamics are very delicately strung by political ambitions. Article IV of the NPT says, “Nothing in this Treaty shall be interpreted as affecting the inalienable right of all the Parties to the Treaty to develop research, production and use of nuclear energy for peaceful purposes without discrimination and in conformity with Articles I and II of this Treaty.” This inalienable right could become a nuclear weapon if not checked properly. And the Article VI says “Each of the Parties to the Treaty undertakes to pursue negotiations in good faith on effective measures relating to cessation of the nuclear arms race at an early date and to nuclear disarmament, and on a treaty on general and complete disarmament under strict and effective international control.” And the good faith requires a high level of commitment.

The case of Iran developing nuclear weapons is no different than any other country with a developed program. The aim is simple, to be capable enough and not be fearful of any other nation – in this case probably Israel. The author provided a mix of Iran's history and case of nuclear weapons state. The book delivers an overview of Iran's human rights issues on one side and repercussions of such a state becoming nuclear weapons state on the other side. Author has not done justification to the Iran's case by not telling the other side of the story, why they need nuclear power and what is their rational behind it. Book is a bit outdated because of recent developments after JCOPA (2015), but still a very good read to know how the dynamics was till 2013. This book added with the current scenario and conditions of JCOPA will provide deep insights for someone looking to understand the Iran's case.

I appreciate Geoffrey Robertson for writing the book as far away as possible from diplomacy and that makes the character of the book as well as its title - the title is catchy, probably to attract readers. I could have easily rated it as 4 stars if he would have dedicated at least one chapter on the Iran's side of the story. It is the bias that disappoints a bit, but definitely a good book to get to know about the nuclear and humanitarian past of Iran.