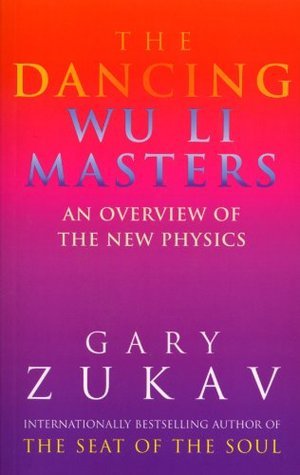 One of the best books read recently, not only this year but in a long time. Not just for the love of physics, the book gives you a very lucid idea of how physics has been evolving, describing the challenges faced by the physicists at different phases of transition along with the way they responded. For those who think quantum physics is abstract, it indeed is for those who are still bound by the shackles of understanding things by the process. The book urges you to dive into the realm of experience in order to fully unfold the mysteries. The reality for you is a perspective virtual for someone else.

The first obvious expression on interest is stimulated by the name, and discovering what Wu Li signifies here. What possible relation it could have to dance and what it takes to be called a Wu Li master? Gary heard this expression first time during a conference on physics at Esalen Institute, Northern California from Al Chung-liang Huang, a T’ai Chi Master. He said, “When I studied physics in Taiwan, we called it Wu Li. It means patterns of organic energy”. He then added several other meanings, which became also the chapters/parts of the book. Wu Li = Physics, Wu Li = Patterns of Organic Energy, Wu Li = My Way, Wu Li = Nonsense, Wu Li = I clutch my ideas, Wu Li = Enlightenment. Now in order to define masters, rather dancing masters, we have to understand that physics is essence, the essence of quantum mechanics, special relativity, any new idea that defines a new direction of physics, the imagination that makes physics alive… The physicist or people who understand the essence and try to spread it to the world are the actual dancing masters. It follows the eastern philosophy of becoming what you do. The dance is you and you are the dancer.

There are many intelligent discussions about various phenomena and how they were first observed by the physicists, what impact they had on the state of physics and how some major breakthroughs changed the complete direction of thought. One such direction of thought was the emergence of quantum mechanics. The book is mainly about quantum physics and relativity.

There is one beautiful discussion in the book about the legendary Schrodinger’s cat experiment. The discourse is based on classical physics, the Copenhagen Interpretation and the Many world Interpretation. A simple analysis by classical physics says that the cat is either dead or alive and to know that we have to open the box and check. But the two quantum mechanics interpretations are not so simple. The Copenhagen interpretation says that the state of the cat is represented by the wave function, and it is the wave function that contains the information about whether the cat is alive or dead. Now, as we open the box one of the probabilities collapses and the result is based on the one that actualizes. So till the time the observer did not open the box, the wave function exists and it is the collapse of the waver function happening at the decision of the observer that determines the fate of the cat. The classical mechanics says that we can know if there is something by observing it, quantum mechanics says that it isn’t there till we observe it…

Until here both the quantum mechanics interpretations match, but after we open the box, the many world interpretation takes things to a complete different dimension. As we open the box the world splits into two, one wave function is what we observer in our reality and the other wave function goes to a parallel world. Both the worlds are alive but none is aware of each other’s consciousness! This is amazing, and bounds us to think if there is another dimension where we are living a different life based on the compelling decisions taken at some point of life?

There are many other such interesting discussions which make the book a unique read. A must read for anyone who wants to understand the progress of physics in a very lucid manner.